Anyone here use on-premises FreePBX server/computer?

It seems like everyone uses hosted PBXs. I don’t want to use a hosted PBX, i would rather have a bare metal server or computer in our building.

What do you guys use? I just need an idea. I am at the stage where I can start giving people softphones provisioned and start getting calls going… however I have gotten to this point with a really old, 15 years old nearly, crappy PC. It was lying around and i thought i would give it a go, but its really old.

What do you guys use and I might buy the same thing, or look at something similar.

Number of callers would be: 20 extensions, probably up to 10 calls at once absolute maximum, typically 1-2 calls at once.

I generally do on-site since we’re in a rural area and it sucks to lose local extensions when the internet goes out.

What hardware depends where it’s going. For rack-mount I like to use/build Supermicro servers, but I’ve used a wide variety of NUC, Shuttle and other mini PCs with almost zero issues. Only thing that may complicate the decision is if you are virtualizing and need a specific chipset to support your environment.

20 extensions and 10 concurrent calls max seems like something almost any desktop PC (even that old one you have sitting in the corner of the garage) can do.

we’ve got FreePBX running both as a physical on a Dell EMC 1u chassis, as well as as a VM on our in-house Proxmox hypervisor.

Yeah to be honest, since the mini PC i got doesnt work, i am just going to use the old desktop PC.

We can run some tests on it, try get a lot of calls going at once, and see how it handles it.

No wont be using a VM. I think i will use the crappy old PC for a while. We already spent 200 euro on a mini pc that doesn’t have ethernet port working on it

my one suggestion would be to get a decent size (1tb+) SSD instead of a spinning platter if you intend to record calls.

The smallest system I’ve done uses https://www.amazon.com/ADLOKO-Windows-x5-Z8350-Computer-Ethernet/dp/B08BR7S8F4 (now obsolete), $115 ea. Something like https://www.amazon.com/Z83-F-Fanless-Silent-Desktop-1-92GHz/dp/B07CJFZ1NL/ should be a suitable substitute. We built two complete systems; one is a warm spare. There were two minor problems: It won’t boot without a monitor; we used https://www.amazon.com/4K-HDMI-Dummy-Plug-3840x2160/dp/B07FB8GJ1Z/ to run headless. Also, the FreePBX distro expects a minimum disk size of 64 GiB, the 64 GB eMMC is a bit short, so we had to configure storage manually. As I write this, uptime shows 783 days, so it seems to be reliable.

If it’s a hardware fault, any reputable dealer should provide a replacement. If you mean that the FreePBX distro doesn’t have a driver for the NIC, you could install a driver from a thumb drive, or use e.g. https://www.amazon.com/TP-Link-Ethernet-UE306-Foldable-10-11-10-15/dp/B09GRL3VCN/ .

lets not forget that RasPBX works, too.

I believe some of the current gen raspberry pi’s can support 5-10 simultaneous calls and 30-40 extensions, but I don’t have real world experience on them

lets not forget that RasPBX works, too.

Truthfully the hardware needed to run FreePBX is quite forgiving. Answering the above will tell you what you need to put it on.

All that stuff comes from China, don’t pay the premium to someone else, for example 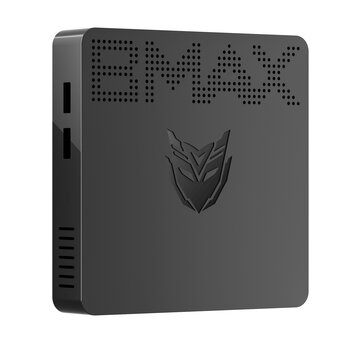 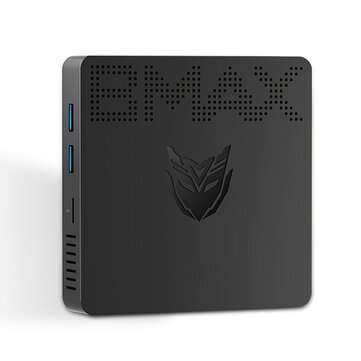 for example is enough,

Yeah the meLE quieter2Q came from china. Honestly I can’t believe how bad the product is.

The USB ports are not made very well, so when trying to plug in a keyboard, USB stick and mouse, it has to be pushed in with a lot of force. If i plug the same peripherals into my old crappy Dell PC, or any PC i have, they fit in nicely. So its not made with great quality.

And then the ethernet port literally doesn’t work.

Intel NUC i3 for 10-20 environments with 16GB ram and 256GB Samsung 980 Pro nVME runs great for us and Supermicro 1U Xeon for larger environments.

I’ve been running FreePBX on a Intel NUC Kit NUC5CPYH since late 2015 (price new at the time 135€ + a little bit of ram and a used SSD) and it has been flawless. CPU is a bit slow during updates sometimes but enough for the PBX usage (similar to yours, ~20 phones, up to ~10 simultaneous calls).

If I’d buy something new now I would buy something with a little bit more cpu power, but it’s not really necessary. I’d caution against buying brand new hardware because the CentOS distribution FreePBX is based on is quite ancient, so it might not support the new 11th Gen Tiger Lake NUCs (which are amazingly fast).

I’ve also used a Shuttle DS68U in another company (slightly faster, cost was 200€ + ram/ssd in 2017) and that one was also flawless and it’s also fanless which the NUC is not.

With these intel NUC devices, you have to put ram and ssd in yourself right?

Yes, for most mini-pcs (though not all) and for almost all NUCs from Intel you have to put in RAM and SSD yourself. Which is a good thing because you probably won’t need much ram and SSD for FreePBX.

I have multiple instances running on Synology NAS in VM, so on premise, but the benefits of hosted.

While FreePBX backup works great now, I’ve been burned in the past. Some of my installs are crazy complex with a zillion settings, time groups, etc., so it’s important that I be able to recover it, quickly. With that said, I recently moved my own Vultr-based PBX with the backup tool and it worked flawlessly.

For my client installs I use free VMware on a random used Dell Optiplex and snapshot backup (ghettoVCB) it to a secondary disk in the computer every week, in addition to storing the backup from FreePBX separately from the VM (FTP to a windows server typically, or Dropbox). Once operational, an onsite computer is definitely the cheapest option over time. I have these setups onsite at a bunch of places, haven’t had one die yet… and they were all used Dells. I keep a Dell laying around in case of a failure.

Plus - if the computer dies and your SOL, you just load VMware on something else and restore your VM from the secondary storage from the original PBX (or live datastore if available).

Raspberry Pi 400 or Pi in a keyboard, low cost but faster that the standard P4. Buy 2 so you have a hot spare. Build on 32GB MicroSD then clone several times. when you go live clone/extend anything up to a 1TB MicroSD. UPS for this is very low cost (you don’t want the hassle power failing can cause).

Schedule a reboot for every Sunday night.

I believe you can get a Pi FreePBX image too so building is easy.

What happened with regards to being burned on backups?

I have backed up my FreePBX server although there are not that many settings. It only has 20 users and would only take a few hours to configure everything again should something happen.

If I am backing up regularly, and downloading the backups and storing them on another server that is backed up, I should be okay right? Unless the backup file itself is not going to work when the time comes?