FreePBX 13 BETA is Ready For Testing

FreePBX 13 BETA is Ready For Testing

The development team is excited to announce the FreePBX 13 BETA release is now OPEN and available for install via the FreePBX Distro, or upgrade your current Alpha system through Module Admin.

When you open up the new version the first impression will be a complete change in the look and feel. You'll discover features such as scrollable dropdowns, search bars, wizards and re-designed navigation menus that make your day-to-day interactions easier and faster. What won't be immediately obvious is the vast "internal plumbing" changes that result in benefits such as significantly faster reload times especially for large installs and the replacement of the deprecated PearDB library with the modern PDO for faster and more secure database access.

The team has been working hard for 9 solid months; with close to a dozen developers involved, the results are impressive. We'll be introducing a "Version Upgrade" module in the coming weeks once we get the initial feedback that this Beta looks solid, which means we need your help now to provide us that feedback!

We'll brief you in just a moment, but first, please mark your calendars for our premier in a series of interactive Hangout Meetings where we will tell you more about Version 13 and give you an chance to interact with us directly to get your questions answered!

This new version takes off on many of the technologies and experiences that were introduced in FreePBX 12 where an all new mobile friendly User Control Panel (UCP) was introduced based off of Twitter's bootstrap framework along with a myriad of other enhancements spanning from Asterisk's PJSIP support to HTML5 voicemail playback and recording to secure module signing.

The visual enhancements of 13 stick out right away. From the new grid layout of each module to the ease of use wizards:

The team has made changes based on your user feedback and improved UI design research. Past problems such as menu selections too long for your browser window have been addressed with scrollable menu bars and advanced users can navigate quickly with search box abilities:

The list of navigation and usability improvements goes on; the best way to discover them is to get it up in front of you and start experiencing all the great things the team has been working on!

We also put in effort addressing some bigger "sub-systems" to further enhance FreePBX based on user demands and changing technologies with the evolution of Asterisk.

Bulk User Management has been a big request and has seen minimal support in the past. This version introduces the new Bulk Manager which is a pluggable module that allows you to do mass "spreadsheet" management of Users, Extensions, Contacts and DIDs, and designed to grow and scale with the evolution of FreePBX and the introduction of features from other modules that affect these.

Call Event Log (CEL) integration and reporting, the Asterisk evolution of CDRs, has been added to be able to view the detailed activity of events from calls on your system.

With FreePBX prevalent in over 220 countries, language localization has been a priority and version 12 already saw huge efforts in the improved localization abilities of FreePBX for different languages. This new version adds the next dimension of easy sound file management with simple online access to other languages. The last leg of this effort will be the System Recording module which will be re-written to enable the concept of multiple language versions of the same call recording and will be following right on the heals of this release. This means, for instance, you will be able to have a single IVR that can play in different languages with the exact same recording based on language selection decisions in the call flow.

FreePBX has always had a very limited ability to work with it at the CLI level via various 'amportal' commands. This latest version has adopted the Symfony framework and began to offer much more extensive CLI access through the "fwconsole" command.

There's so much more to talk about that we can barely scratch the surface. The above are only highlights and the real efforts that have gone in can only be experienced by trying it out yourself. So we look forward to you helping us drive this forward to a release candidate and final release soon!

FreePBX 13 BETA is immediately available on the FreePBX 13 download page. The plan is once we move further in the BETA process we will release the .tgz file for users wishing to do localized builds on their own standalone systems. For the time being we are releasing only for the FreePBX Distro so as to control factors introduced by the OS or other unknown variables but any user can always checkout 13 from FreePBX git servers.

In order to help us release FreePBX 13 on schedule, users of the BETA release are encouraged to report any bugs, issues or errors at http://issues.freepbx.org.

For now we look forward to your feedback testing and helping us get 13 finalized! Without your contributions and support FreePBX wouldn't be the most prevalent and open source PBX platform on the planet and for that we are deeply grateful!

When do you expect that the New Version Freepbx 13 will be LIVE (Stable enough to introduce)
I will use Freepbx fro my production environment, I can now use Freepbx 12
BUT I prefer to Freepbx 13

Is it a matter of some weeks that Freepbx 13 will be officially introduced?

We don’t have a stable date but things from a bug perspective are looking very good. The more testers the faster we go. If you have a test server you may wish to try it out. Though we would not yet recommend production use it may work just fine as most if not all the bugs being filed are minor or cosmetic. We do encourage people with test servers to load it in their environment and post bugs to http://issues.freepbx.org

We especially want to encourage users who are looking to manually install (no distro) as we re-wrote many components:

If I install the new version manually http://wiki.freepbx.org/display/HTGS/Installing+FreePBX+13+on+CentOS+7

When the stable version wil be ready, do I have to install again or can I update???
Is it a matter of weeks of months when the Freepbx 13 will be advised to use for production

I am planning on loading up a instance of FreePBX 13 for testing. I want to test the PJSip so I can move away from Device and User mode.

Is it possible to get temporary copies of commercial modules that I have purchased to test on FreePBX 13?

Commercial modules will not be officially supported in FreePBX 13 until it goes stable. Several of the modules do have trial licenses if you would like to test them earlier.

Well not looking for office support. I don’t intend to go into production with 13 till it is out of beta.

I just want to test the endpoint manager and the EPM for UCP modules. I am having trouble with both and my guess it is related to the Devices & User mode that I am running. If I can remove these problems with leaving D&U mode and switch to PJSip that would be great.

Does the EPM and EPM for UCP have trails?

If I install the new version manually http://wiki.freepbx.org/display/HTGS/Installing+FreePBX+13+on+CentOS+7

When the stable version wil be ready, do I have to install again or can I update???Is it a matter of weeks of months when the Freepbx 13 will be advised to use for production

Yes you will be able to upgrade easily.

I prefer to install Freepbx 13 on Centos 6.5 (which is more stable, I think) in stead of Centos 7

Yes 100%. I just haven’t written anything up yet

You can. However not right now. Thats because I changed the upgrade to be a single click. You click and walk away and it upgrades everything. I haven’t fully tested it yet though.

When trying to install freepbx-13.0.1beta3.15.gz manually, there’s no SQL directory contained in the tarball:: 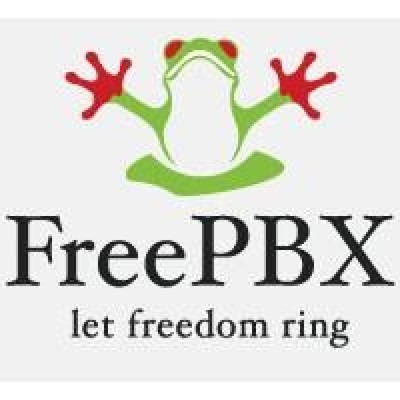 This version is lacking the SQL directory also.

This version is lacking the SQL directory also.

There are several glaring issues with that you have presented.

You are not using the right installer. In fact I am not sure what you are using.

I was invoking your install script from my unattended install script also named ‘install’ and mistakenly assumed it was yours producing what I was seeing in the PuTTY capture. I hadn’t conditionalized out two lines from FreePBX 2.11/12.0 thinking they were still applicable to 13.0.

Amportal was replaced for fwconsole.

Amportal was replaced for fwconsole

But all the same options exist?

And install has all the same options as install_amp?