What exactly is required for a SCCP setup?

I was recently given a pair of Cisco 7962 phones that are running the SCCP firmware. I was looking into what would be required to get SIP firmware for them and setup a FreePBX server for them, but then saw a number of posts talking about how they work better when using chan-sccp-b on FreePBX, so I figured I’d try that first.

But researching that, I’ve been finding a lot of posts that talk about different setups (including posts that seem to use FreePBX / PBXinaflash / IncrediblePBX interchangeably), and some really old, out of date posts for previous versions.

So I’m just curious, between FreePBX / PBXinaflash / IncrediblePBX, which one is the best one to start off with for a server that’ll host SCCP phones? Additionally, other than the PBX server, TFTP, and Chan-SCCP-B, is there anything else necessary/recommended?

Sorry for seeming a bit noobish, but I’ve never setup something like this before, and just wanted to ask what track is the best one to go down before just guessing, failing hard, and finding out I started off on the wrong path

Step 1 - go to the Chan-SCCP-B site and look for “FreePBX” in their Wiki Page.

There you will find a description of the process for setting up the Channel Driver. It involves installing the “asterisk-dev” or “asterisk-devel” YUM package so you can compile the driver against the correct Asterisk source. If you have a problem with “ASTMODDIR Not Found”, you can add the directive to the /etc/asterisk/asterisk.conf file. There is a disconnect there that is being worked by the author and Digium. Set the directory to the directory where the rest of the loadable modules are getting stored.

In there, you will find (among other things) an sccp-freepbx.conf file. This is the sccp.conf file I use to install the software.

Here, there are two ways to go. The way I prefer is to split the sccp.conf file up into three pieces. The first piece defines the phones using the [SEPMACMACMACMAC] names for each section, and a second with the [EXT] directive for the SCCP extensions. The Wiki article I wrote describes using templates so you don’t have to retype everything in every phone and line definition. I recommend that.

So either in the “phone” file or the original “sccp.conf” file, you add a device called [SEPMACSEPMACSEP], there that is the SEP ID (the letters SEP and the MAC address of your phone). Set up the button definitions for your buttons…

One last thing - the “#include” directive is not a comment - the “#” is required.

That should get you started.

I see what you did there, Dave.

I’m going to change my nickname to “#”

Thanks for your reply, it’s quite helpful

I got FreePBX, asterisk-devel, and Chan-SCCP-B loaded now. The “SCCP Modules” section on the wiki references SCCP Manager, which in turn references Real-Time Database. I’m looking up how to install it, and came to “Realtime Configuration” article on the driver’s sourceforge wiki (I’d link it, but the forum’s not allowing me to because I’m a new user)

I’m a little confused by that though. Particularly this part:

Does that mean that’s all I need in that file, or just that section? Should I also include the hardware and exension config as well, or will the Real-Time Database take care of all that?

is for Asterisk 1.8 and before. I’m working on the replacement management module, but it’s a lot of code to convert to an entirely new way of presenting the screen.

I am using freepbx version 14 and was wondering if anyone has a sccp-module working i have about 8- cisco 7961 phones i am looking to get working with freepbx. ill be honest i am no good with linux code but can copy and paste and know a little about freepbx and how to follow instructions if i could find the module file i could set the phones up "/

Maybe this can be helpful 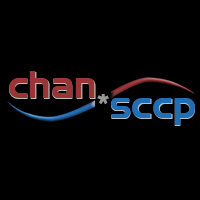 if anyone has a sccp-module working

Yes, I have it working on every FreePBX system I have installed, from an old 1.8 system up to one I installed two weeks ago.

If you install it and run into a problem, let us know.

There is a new SCCP Manager on GitHub that I’ve started looking at (it was originally based on code I wrote for 1.8). I’m having a problem with it, but I haven’t had time to help troubleshoot it. Without the manager (using just the consolidated sccp.conf file I wrote about in the Wiki on GitHub) the module works perfectly.