My company recently acquired new pbx appliances. I have been configing a lot via console cable. I realize that when I enter vi and save a file or quit, it cuts the terminal output in half. So now, instead of the prompt being at the bottom of the screen, it is in the middle of the screen.

It goes from this 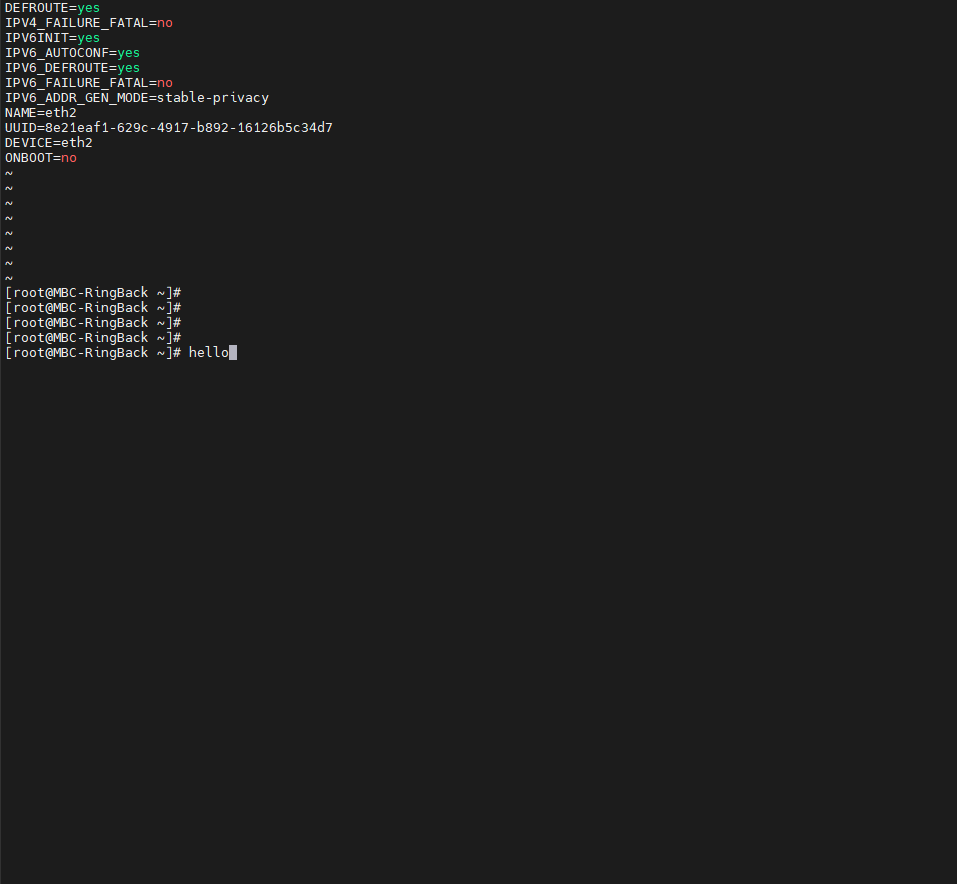 It is something I can live with, but it is pretty annoying, and if it could be fixed that would be awesome. I tested with a console connection to one of my switches and this does not happen on the switch, so it seems it is just with the PBX that this happens. I looked for stuff online, but could not find anything. Has anyone run into this issue? If so, is there a way to fix it?

It’s a linux thing, from your shell set your TERM variable to what you want

would give you a simple one

This will be because the TERM variable doesn’t match your emulator, or the emulator fails to signal screen height changes.

I’m not sure of the details of the SNG distribution, but some Linuxes have a reset command, which will send the terminal reset sequence, although even that relies on the TERM variable not being too out of line with the emulator.

I would configure it just enough over serial to assign it an IP address and then continue configuration over the network. Why hack at the console other than basic setup or emergency?

I did the reset command that david55 suggested and that worked. I swear I tried that before cus I saw it somewhere else online but that sets it back. Thanks all for your help.

billsimon, that is what I plan on doing but like I said, I wanted to know if there was a way to fix it.

You can absolutely fix it in grub if you care to.

Hey dicko,
I tried the commands you suggested but that did not work. I do not know what grub is.

Before anything (almost, efibootmgr could pre-empt if so using efi ) grub sets your environment

An introduction to GRUB2 configuration for your Linux machine | Opensource.com.