I had several users suddenly develop muffled audio from them to the customers calling in - one day it’s fine, then nobody can hear them. It happens on all calls & varies somewhat, but it sounds like they’re very far away and they’re barely audible, even when cranking the mic gain up to full. Internal calls and external exhibit the same behavior. After I discovered that putting a different handset on the problematic phone eliminated the issue, I took the handset apart & was VERY surprised at what I found.

My solution is both simple and effective, but also very redneck.

I cut a piece of gorilla tape about 1/8" wide and wrapped it around the circumference of the microphone, cutting it so it does not overlap itself. I then got the microphone started into the hole & applied a considerable amount of pressure to force it the rest of the way in. The tape takes up enough room that this is NOT easy to do, but also forms a press-fit and means it’s not going to fall out very easily either.

To get the handset apart, dig out the tiny rubber plug from the center of the underside of the handset & throw it away - it’s useless. (Or keep it if you want, but they don’t come out easy & are usually pretty beat up by the time you get them out. All it does is hide the screw.) Take out the screw holding the handset together with a #1 or #0 phillips head screwdriver. Next is the tricky part - the handset is now only held together by snap-together plastic and it must be pried apart. You can grab the backside with one hand & the mouthpiece with the other and pull apart until it gives way; unfortunately, it lets go all at once and is rather uncontrolled when it gives. (Plus, I’ve got a bad arm & am physically unable to use this method currently.) Best way I’ve found is to put the same screwdriver in between the back part of the handset & the front to either side of where the cord connects - there’s a little hole there that it can slide into, then move it toward the back of the handset, prying until the bottom pops off. (Would love to hear if someone has a better method of getting one apart.) Gently wiggle the back back and forth a bit while pressing up toward the earpiece until the back comes off entirely. You can then apply the fix described above & reassemble in the reverse - hook the top piece, position the bottom, squeeze until it clicks together (I broke the tabs off on one as is common with snap-together plastic stuff, but it hasn’t mattered), and replace the tiny screw. If you kept the silly rubber plug, put that back & hope it stays.

I’m posting this for the benefit of others when they experience the same issue - you can quickly fix the problem and get your users functional again in less than 5 minutes per phone. This is a very short-sighted design on Sangoma’s part IMO, relying on hot-melt glue with minimal surface contact to hold something in place inside the only part of the phone that’s being moved continually. From what I can see of the design, it’s not a question of if it’s going to fail, but rather when the glue is going to let loose and microphone fall out of place.

Mike here from Sangoma… Thanks for the feedback here we appreciate it. I will share this post with our product manager.

How many phones had this issue? Just curious.

wow
thats poor quality.
I’d expect that off some cheapy [insert-u-know-where] ebay seller, not from a company that charges more for its phones than cisco does 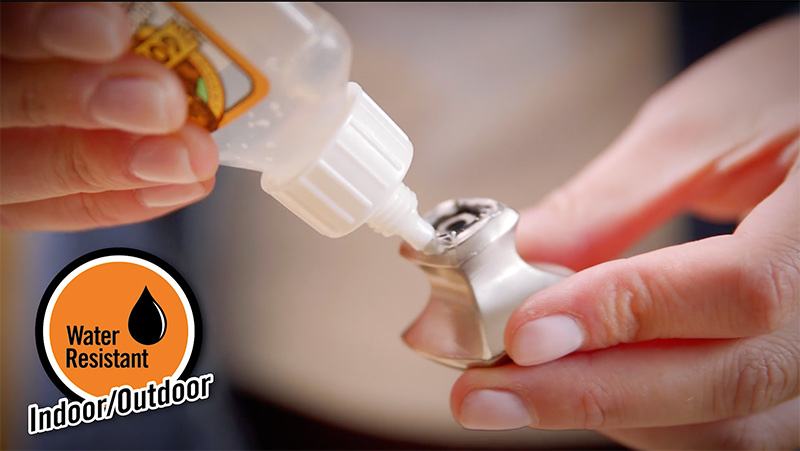 Clear Gorilla Glue is an incredibly strong glue that's easy to use. This clear glue is ideal for indoor and outdoor projects and bonds virtually everything.

Hi Mike @mwhite Sorry for the delayed response - for whatever reason, I’m not getting e-mail notifications of replies to threads here.

Out of the 6 s500 phones we have in use for our operators, 3 of them had the microphone fallen out and 1 more was loose, but not dislodged yet. Here’s what they looked like when the back of the handset came off before I touched it:

The thin round ring of plastic is the only thing that the hot melt glue is adhered to. As you can see, 90% of the hot melt is on top of the microphone & doesn’t hold anything - only the glue that’s smooshed (a technical term

) over the top edges holds the mic in place.

Gorilla Glue is a polyurethane-based adhesive IIRC, so it expands as it cures. It’s fantastic for marine applications because of this property, but I don’t think I’d go with that given that the mic is captive in a plastic ring - I can foresee the plastic cracking as the glue expands. I considered using a 2-part epoxy, but it would be irreversible. Using a tiny piece of Gorilla tape to wedge the microphone in place lets me undo the fix if needed for whatever reason, even though I fully expect it to be a permanent fix for this issue.

Try gorilla Clear glue, it doesn’t foam like the original and certainly strong enough for this application