Slow Gui when extensions and user are created

I have a problem with freepbx the latest release 16. If I add a pjsip extension everything is ok, the system is responsive.

IF I add a pjsip extension and at the same time create a user in the default group, the system takes several minutes (!!) the cpu rises to 40%

IF I add a pjsip extension without user and then later I modify the extension creating a new user there are no problem, BUT if the user is added to the default group … the problem returns

Now i have 300 extensions, the problem appeared after about 30 extensions
I tested different Freepbx version 15 and 16 in 4 differents pabx !

Anyone can help to fix ?

but…anyone has this problem?
I was thinking about my only problem, but I’m having it on 6 different pabx, some with freepbx 15 and Asterisk 16 and others with the latest release Freepbx 16 and Asterisk 18.

I don’t know if it’s my opinion, but it seems to happen after sangoma conncet is activated…maybe it’s just my impression.

In any case I was investigating and I notice that the system also performs thousands of selects (!!!) when multiple extensions are added or modified at a time, it doesn’t seem very normal to me. 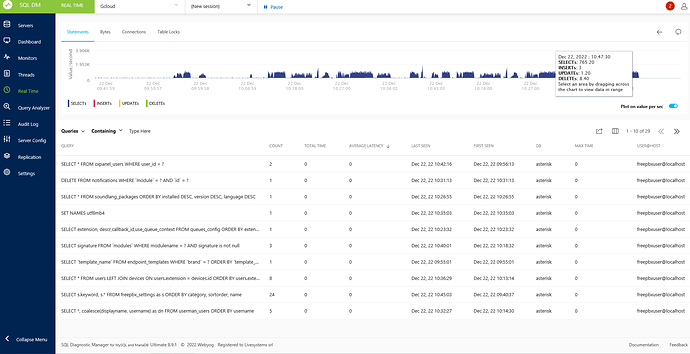 Even the pop-up menu showing all extensions in freepbx 15 was hidden by default, now it’s always active…but who is that evil genius who configured the script in this way? 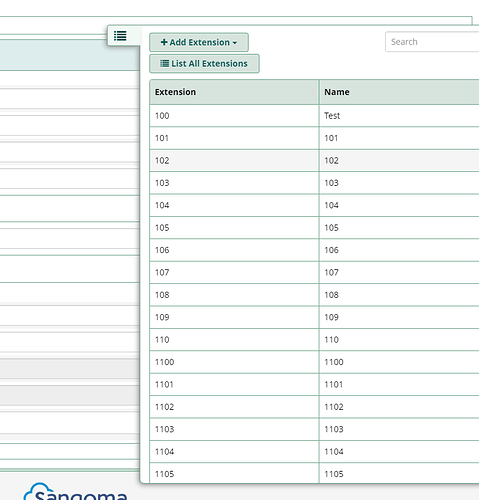 without prejudice to the extension-user problem, for which no one has given me feedback so far, the problem of the side menu still remains, which always and in any case appears, not only when an extension is added.

For example in Custom Destinations if you exceed a certain number (>5 !) the menu takes several seconds = (the query takes an eternal time !!!) and you have to wait each time you want to add a new item

After further tests, having about 1500 extensions, I can say that the anomaly occurs when an extension is created and the user is added to a large group. If you create the extension and user but don’t add it to the group, there aren’t too many problems. As an alternative, you can add extensions to the group later directly from the group management page

There are no fixes at the moment