SangomaPhone requires too many things

Been looking forward to SangomaConnect desktop for months.

Well what arrived is a bit of a let down.
https://wiki.freepbx.org/display/CONNECT/How+to+Setup+the+Sangoma+Phone+Desktop+Client+on+the+PBX

@lgaetz The required module listing is inane (ignoring the note about edge, that is expected for a beta).

Here is the list of modules installed on a system that is currently using SangomaConnect Mobile and Zulu.

And doesn’t work out of the box. My UCP credentials work. 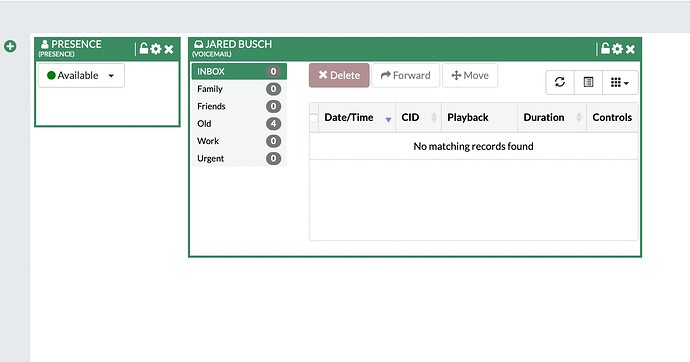 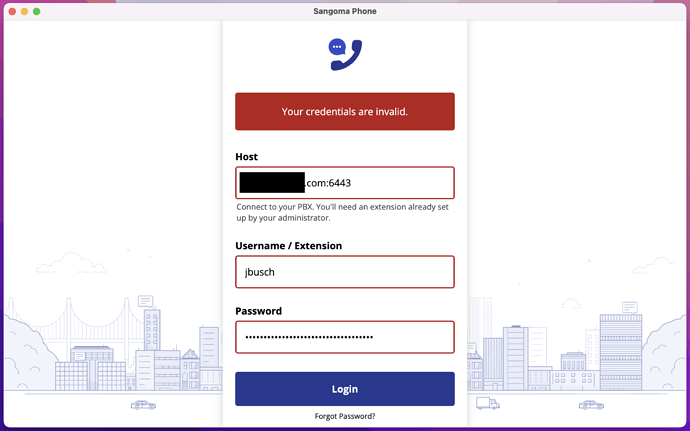 Double check that required modules are installed and daemons are running, and that Sangoma Phone has been enabled in User Management for the user in question.

I went through the process again today and it works. I stand by my initial statement, Sangoma Phone requires too much stuff.

Wanted to set this up on a client this weekend. They have really been looking forward to not Zulu for their desktops.

Unfortunately, more creep was found. Now I also need to have EPM installed…

So much for getting this customer up and running on Sangoma Phone this weekend.

I mean based on how much stuff in FreePBX requires other things in FreePBX to work, this seems like a strange hill to die on.

I’m not trying to set some weird ideological threshold here. I will absolutely be using this.

But there needs to some kind of logic to this, or why have separate modules. Sure some thing will always have some type of dependency, but this is excessive.

all these modules are installed by default with the Distro

So? The recent 0-day with restapps proves that my process is better anyway. If an unused module is not installed, it cannot be exploited. Because of that I only had a few known systems to check and lock down. Various customers use various commercial modules. I am 100% behind the concept of commercial modules adding functionality.

But there needs to some kind of logic to this, or why have separate modules.

The only one I’m unclear on is the rtapi. The rest make sense. Endpointman would obviously be for provisioning, since we are not using direct SIP credentials with the softphone. What else in the module list is illogical?

Connect and Zulu do not require EPM or Restapps. The site I used above has both running.

They want to replace Zulu with Phone.

Connect and Zulu do not require EPM or Restapps.

I’d be interested in technical details on why the functions were integrated previously and now split out into the modules.

It sounds like you would be more in favor of a single “Sangoma Connect Desktop” module that does all, but wouldn’t this be duplicating functionality that’s already elsewhere in FreePBX?

I have sat in meetings about new module vs extending out an existing module. A lot of thought typically goes in to these things. Core could actually be split in to 6 or 7 modules. If a dependency can be replaced with a logic check it should be. Dependency hell becomes real very fast. One module breaking could take out 20. If there was end to end testing (not easy again poor early design choices) it would be less of a concern.

I get both arguments but I have come to hate monolithic code files. I have moved to the camp of break out early and break out often.

Sangoma Phone is much more than just an audio sip client. There is visual voicemail and presence which uses the APIs provided by Phone Apps (restapps) thus the dependency; planned future features will use it as well. Phone Apps has been developed since day one exclusively for hard phones provisioned with EPM, hence that dependency. Sysadmin is a dependency of all commercial modules. Firewall is not a dependency of Sangoma Phone, but if it is installed, there are features in the latest firewall version that support Sangoma Phone. The wiki indicates this. The sangomartapi (Real Time API) module is a newer module that supports some nice features such as call history being shared across multiple devices.

Strictly speaking there are MANY other dependencies for Sangoma Phone, as each dependency has its own dependencies. The Phone Apps module all on its own has a few dozen. On a modular system, this could only be avoided by duplicating code which we have chosen not to do for this project.

Jared’s criticism is valid though, even if there is nothing to be done about it in the immediate term. Right now we don’t support a Sangoma Phone install for a userbase that only wants an audio client and nothing else, or allow a cafeteria style of features where some are excluded and thus remove the underlying dependency. Feedback like this allows us to inform our development efforts as we go forward.

@lgaetz I completely understand. Now I just need to get my EPM issue resolved so I can get this running on the client site that wants it.

Edit:
I manually created the tables for that client to get things moving. I exported the drop/create form another system and ran it there.

Another client wants this now, and they never had Zulu or SangomaConnect (yeah new sale!), but same EPM issue on FreePBX 15. 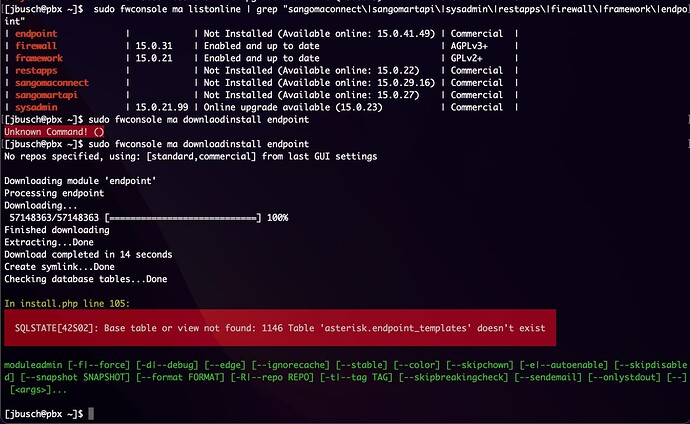