Ring & Talk to multiple EMERGENCY extensions straight into conference w/o keypress - but how?

The company I work for has an internal emergency extension (2222) that employees use instead of 911. Stickers on every phone say “Don’t cal; 911 - call 2222 for any emergency”. 911 gets an outside trunk (9), sends 11, and waits forever. Today (on our boatanchor Meridian SL1) it rings a terminal on an analog line card that is wired in parallel to multiple red phones (2500 analog sets), located on strategic desks of internally CPR trained emergency responders w/ AEDs, the on site nurse/medical dept., and the security office who will do PA announcements and/or call 911 to relay the information then direct the ambulance/fire to the right building and office within the bldg. Now, we are finally getting rid of the SL1 and moving to voip. This (old) system had the great advantage that as more parties picked up the red 2500 sets, they could listen to the conversation and / or talk as needed; it was a huge party line. VOIP ring groups won’t accomplish this. I need some sort of a ring-group that drops the answering MULTIPLE parties into a conference room so they can all hear what is going on, i.e. what was accomplished with paralleling the wires to all 2500 red-phones. They also need to be able to pickup late, after the first party, which is easy on a 2500 set. Last, it’s got to be SIMPLE; the calling party just needs to dial 2222 while the answering parties just need to pick up the receiver. I can take a voip phone, some masking tape, and a bottle of red krylon to get past the red-phone requirement. I could have done this on a Nortel 824 with a red key on special sets. Any ideas from corporate IT folks?

Check out Conference Pro on the Sangona site.

Be warned that 2500 phone on an Asterisk server is a lot, and you’re not going to be able to get all of them into a single conference.

I put together Always Be Conferencing just for this sort of use case (along with many situations.) Please check out the latest version v16l released yesterday under CC0 license:

Automatically join friends to your Conference Bridge before they even answer the phone via AEL-based configuration for Asterisk. - chrsmj/always-be-conferencing

Last, it’s got to be SIMPLE; the calling party just needs to dial 2222 while the answering parties just need to pick up the receiver.

Yes, exactly this, using ABC “Friends”. It can also start playing back some alert eg. “extension 123 dialed 2222” before you pick up the receiver by using ABC “Trolls”. 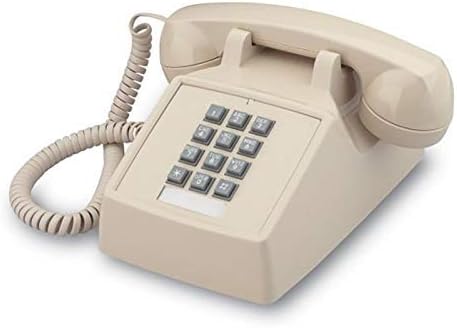 Also that doesn’t seem very good; in the USA at least.