We have just rolled out a new feature in SysAdmin Pro, a way to collect and download a system packet capture from the FreePBX GUI.

Packet capture is available in System Admin version 15.0.21 which is already available from the Edge repository. SysAdmin Pro is a commercial module available a-la carte from the Sangoma Store or as part of the Starter and Everything bundles. All PBXact systems also include SysAdmin Pro, so it will be available in PBXact 15 as soon as SysAdmin 15.0.21 is pinned for PBXact.

Go to “System Admin” from the Admin menu and choose “Packet Capture” from the right-hand-side list: 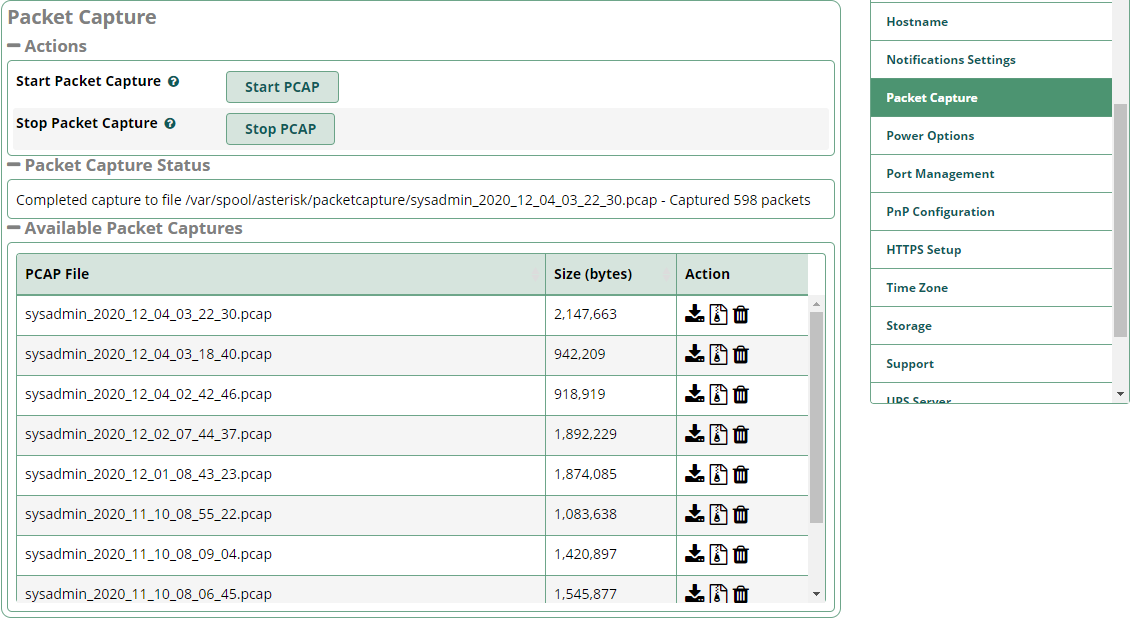 Packet Capture Status reports information about the running or previous packet capture. If it’s running you’ll see an animated icon along with the file name and number of packets captured (continuously updated)

Packet captures are set to run on all interfaces and capture all packets. They also don’t stop when you change to a different page. The resulting files can get kind of big, so remember to stop the packet capture once you have what you need!

Remember that packet captures are taken before (i.e. outside) the OS-level firewall so :

We’d love to hear what related features you would like to see in the next version, so please leave a comment if you’d like to see something more. Here are few we have thought about:

Thanks for the suggestion. Filtering for a specific IP address should be straightforward enough (maps to “host w.x.y.z” capture filter). Not sure how a filter for extension would work though, I think that would need to be handled after the fact in Wireshark where you have much more flexible filtering capabilities