I was wondering if anyone has had luck installing Google tts on Freepbx distro? After moving over from PBX IN A FLASH, this feature is the only one I’m really missing in Freepbx Distro.

If anyone has had luck installing this and has step by step instructions on how to get it up and running, that would be a great help!

Install directions are right on the dev site: 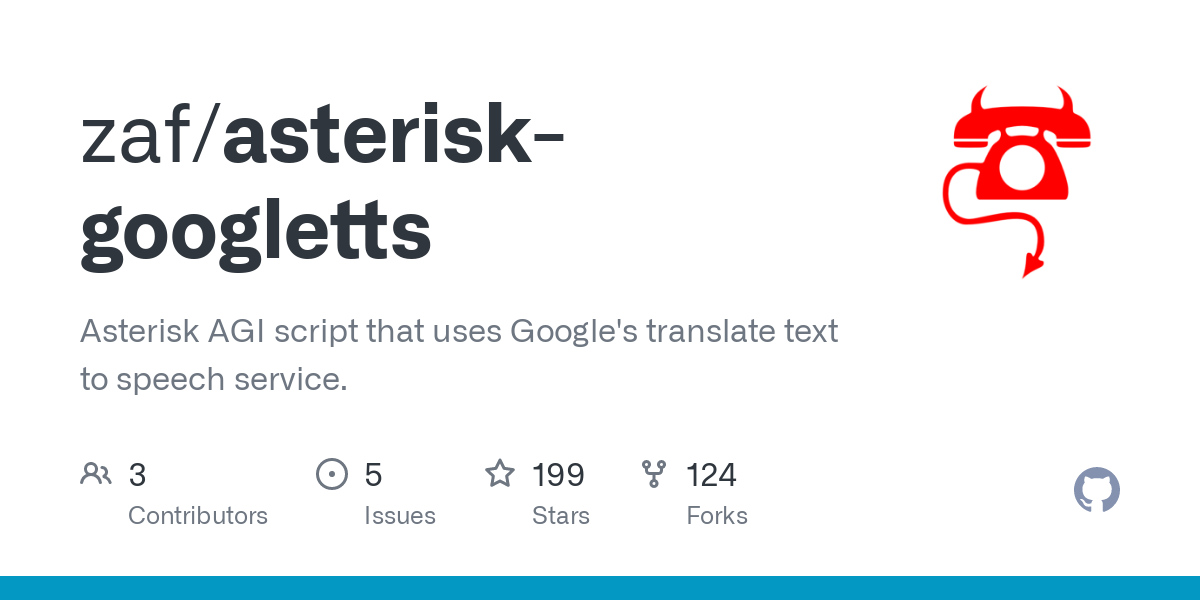 After copying the file, ensure that ownership is asterisk:asterisk

Sadly I’ve done all this… and no luck…

unless I’m missing something.

Possibly permission? Or run it via cli as root first and see what happens.

See if it even runs.

Also, i believe it uses a temp location be sure you have sufficient read/write to that location as well…

I moved over from PIAF which uses centos 6.5.

It appears with the install of freepbx distro, they use some generic version of linux and it says “chmod: cannot access `asterisk:asterisk’: No such file or directory” when I run chmod +x asterisk:asterisk /var/lib/asterisk/agi-bin/googletts.agi

Am I missing something or did I not install something?.

You are confusing chown and chmod.

How conversant are you with Linux?

Suggested reading: from the FreePBX console, do “man chmod” and
"man chown".

@corrado.mella, it was a typo error. What would we do without you

Does google tts still work? I’m having the worst time trying to get this working. I’m on Freepbx 15.0.17.55. Any help would be appreciated.

No longer the free googlets thing, but absolutely it works with their ‘cloud services’ as does stt

Turn text into natural-sounding speech in 220+ voices across 40+ languages and variants with an API powered by Google’s machine learning technology.