Somebody else already mentioned it in another thread…just to confirm…
The Outbound-CNAM module does not work with freePBX 16. Screenshot below…
If you upgraded and already had a working setup, it seems still capable of injecting names into cdr but on my Ciscos it doesn’t show them during outgoing calls (which of course could be a consequence of me doing something wrong).
I don’t complain since this module is not part of the freePBX distro…but it was very useful 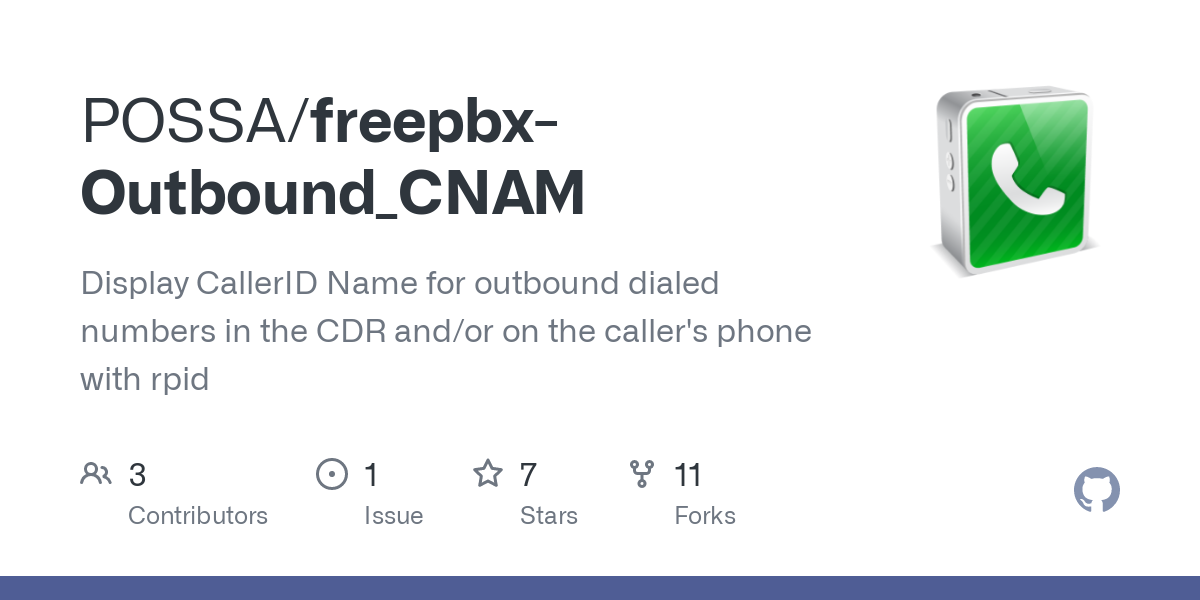 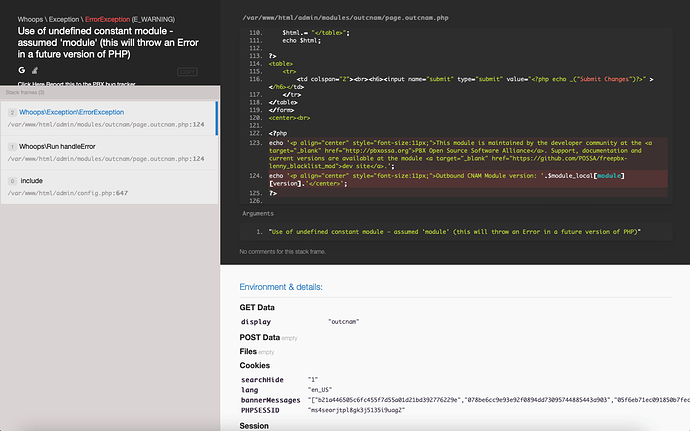 Unable to make work with V16

Thanks…actually it partly works (cdr)…
I just posted it, in case somebody is using the module and wants to upgrade. The module wasnt supposed to work with freePBX 15 either, but it did…actually very well.

Can you describe partly? A screen shot would be nice. I got it installed but received errors that are documented on that project. Maybe I missed a step that you got right. Thanks for your help.

I meant that I already had the module set up in freePBX 15, so I didn’t have to use the web-gui of Outbound-CNAM. It populated the cdr correctly, but my Ciscos did not show the names.
Yet, it may be related to my weird upgrade style.
I had a freePBX 15 system with a patched Asterisk and ImageMagick installed. I had to fix several problems…e.g. I needed php-devel for the Installation for ImageMagick, but it wasnt available in the sng-repository. So I activated the remi-php74 repository. Then I found out that the freePBX php version was 7.4.16…the version in the remi-repo was 7.4.28. Then I updated the whole php to 7.4.28…next problem was that the LDAP-Superfecta lookup didn’t work with php-ldap 7.4.28.
So in the end I switched back to freePBX 15 (VirtualBox). Funny thing…when I started the old VM image, it said that freePBX is not activated. I had to activate it again, but no hardware reset was left…etc…

I really liked the new freePBX 16 with php 7.4. The response time of the web-gui seemed shorter. Yet, I will only upgrade machines which I havent touched.

Hmm looks to have a syntax error for $module_local[module][version] which should be like this $module_local[“module”][“version”];
FreePBX 16 is using PHP7.4. Maybe this module needs to be migrated.
A review is necessary.

I did not read all the part of code. But it’s a clue.

I did most of the work for this module, but I’m a bit rusty as I’ve not looked at the code literally in years. Can you share a link to a call trace of an outbound call, I see the dialplan splice is happening on my test system as expected.

Could you fix the problem with the web-gui already? Unfortunately I deleted my freePBX 16 VM image, currently I’m back on 15.
I might give it another try on the weekend…

Put up a PR to bring this out of the stoneage…

@jfinstrom’s changes have been merged and you can upgrade to 0.0.5 now. 0.0.5 supports FreePBX 15+ only. Thanks James

Thanks a lot!!! I can confirm…just installed Outbound-CNAM on a new freePBX-16 distro and everything works

There is just one important step: Don’t install the Outbound-CNAM module on an unconfigured freePBX, it will crash the system. There has to be at least one outbound route configured, before you can install it.

Can you put a bug report on the GitHub page. I will fix that in the next few days.

Ok, I set up a new system and put a bug report on GitHub. It actually is not a big deal. To receive the error, you have to install the outbound-cnam module and activate it…without an outbound-route and without a trunk. I hope I did include all the information you need. Thanks

When installed on new freePBX-16 system and activated, the system cannot do a reload anymore

I’ve committed a fix for the missing outroute/trunk issue. Can you test in production pls @Charles_Darwin:

On my new freePBX-16 test system, which showed the error when no outbound-route with a trunk was configured, I tested your new Outcnam.class.php. The reload problem disappeared.
I also replaced the code in the Outcnam.class.php of a production system, did a fwconsole reload and the Cisco 8961 and the CDR reports showed the outbound CNAM!
Wonderfull, thanks!!!

All is working as expected on a fully patched PBXact system in production.

Thank you so much!