Nothing has really been changed post install except updates. For the DAHDI config I added the two FXO ports and setup the trunk and all is well. Outbound calls are fine and inbound calls work.

We are in the US with two standard POTS lines coming in from AT&T. I don’t have any other hardware to basically test to hear if there is cross talk separate of the phone system.

It’s almost certainly bad wiring to your card. Two simple analog phones from walmart is all you need to check.

Thank you for the reply.

It is surprisingly hard to find pure analog phones cheap at walmart anymore. The last two times I looked they didn’t have any in stock. They were all cordless phones and the like. But I am working on getting these phones to test this out.

My assumption was the cross talk was coming across the line since I didn’t see anything about this in my searching. However maybe there was some gain setting somewhere that I didn’t know about.

No gain, just pain if the pairs are crossed or low impedance in anyway. Just triple check the pairs of wires are properly connected. On the card the inside pair needs to go to the first line, the outside to the second on each module. 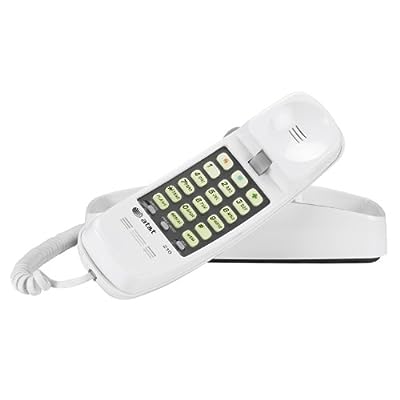 AT&T 210 Corded Phone is a basic phone that's reliable and easy to use. It uses a simple corded operation and is made of sturdy construction. The base can be placed on a convenient surface or can be m ... 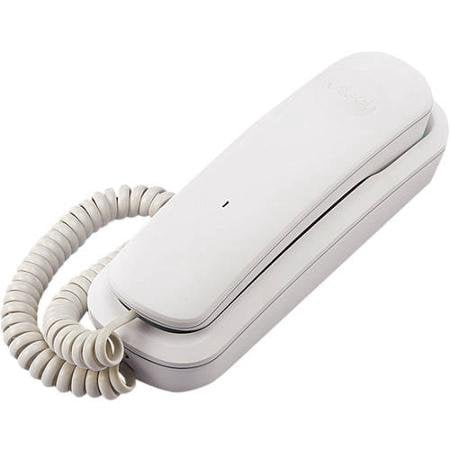 I have a nice fluke in my bag, but in a pinch this cheap butt set will work for you, it has some connectors to make things easy.

I still have all my low voltage stuff too… some days I debate going out and climbing a poll for fun… then I remember that was never fun.

I spent some time today checking the lines with the generic analog phones and I am certain the audio we are getting is coming from inside the system and isn’t necessarily cross talk.

I completely disconnected line 2 from the system and on a fresh reboot both parties could continue to hear ringing after the call is picked up. So that wouldn’t be cross talk. I’m not sure what I need to look for in the log files / in asterisk to see if there is some ring actually being generated by the system though.

I also know that when I was testing it I could hear the tone from the “leave a voicemail” prompt so I’m pretty sure there is also genuine cross talk at work as well.

I’ve been banging my head on this for the last few days and today I discovered something new! This only happens on the Grandstream phones – it doesn’t happen to my eyeBeam client.

They are all GXP1405s and one GXP2100 configured using the Commercial EndPoint Manager.

IMHO that is a red herring, dahdi is a channel driver, there is NO direct communication between them and any SIP connected devices. Asterisk/FreePBX is unaware of anything but the suggested channels.

I would continue to suspect you wiring from the CO, a mismatched pair over two lines might indeed still work . . . sort of, (It’s a long story . . . .) but having got that sorted out, then your use of cloned hardware would be next in my line of fire, they are clones of the digium stuff, but they are not as good as Digium when it comes to making them work

If it were a wiring issue is it possible for it to come and go? I’m mostly testing at night and of course people are in the office during the day and experiencing this.

I’ve done dozens of calls tonight and I can’t get it to happen but earlier today it was happening with every single call.

Probably not, concentrate on FU’ed hardware

I’m on with OpenVox support chat right now checking things out there. Thank you for your guidance.

I did a lot of line testing with an AT&T tech today and everything up to the phone server is fine. Signal good, call quality good, etc.

Finally I was able to catch the problem but I’m not able to reproduce it every time. It appears that when a user hangs up their phone the DAHDI channel doesn’t drop right away, especially if the person on the other end doesn’t also hang up. This open dead channel is leading to the noise and ringing on the other DAHDI channel until it does hang up ~ 20-30 seconds later.

I haven’t been able to log this happening yet because I can’t reproduce it every time. I know AT&T has Disconnect Supervision and the system detects hangups on remote side. So I’m not sure what to check on my side to make sure our hangups are detected.

Then if you are 100% sure that your wiring is correct , then the only culprit is your hardware, there is NO spurious leakage possible between channels in Dahdi nor Asterisk.

I’m having similar issues. New deployment, Sangoma FXO card, Grandstream phones (gxp2135). Did you ever get this figured out? Were/are you using PJSIP or Chan_SIP? Any insight would be appreciated!

Crosstalk between dahdi FXO’s is ALWAYS on your wiring side, it is not feasible after the Sangoma card. Lack of disconnect is another question, but has been answered here and elsewhere many times, it depends on your provider, how they provision the line and how you set up dahdi to match what you are getting from said provider.

For what’s worth .It can be the power supply. I had that problum with an old analog system