Crazy use case, freepbx as a private long distance provider?

So, I’ve written here before (I think) about an odd use case. I’ve got a family member in a nursing home now who needs a phone. I wanted to give her an ATA and one of those big phone with huge buttons but the internet problem stumped me. For clarity I’ve used ubiquiti routers and airmax to extend the range of wireless but that might look a little weird to the staff and obviously there is no internet other than wireless on site and if for some reason the bridge gets stuck somehow then her phone would stop working (combine that with dealing with NAT) I don’t think it’ll be reliable.

So I called the local phone company. For clarity, due to my grandmother’s condition, she gets to keep just $50 a month and I’m not exactly rich but she obviously deserves to communicate with her family. Just for regional calling (which I’m told only includes “MOST” of our state (and we’re a TINY STATE!) Most of the family lives all across the country and the local ones live across a state line (besides myself, but I still have my old number from when we all lived over there) long story short, none of her call are regional and most would be long distance including Alaska.

So I was thinking, if the phone we got her (big buttons with a place for photos of people for speed dial, haha) can be programmed to dial a freepbx box, enter a short pin, could the call then be forwarded over a trunk to where ever that call was supposed to go? I’d block all incoming calls except from this number, then a different pin for each of the relatives phones. I’m still working the ATA idea, but reliability is going to be a big thing. Maybe an LTE plan for the wireless? curious if anyone has had a use case like this…

On another note. I should talk to the administrators about this and maybe offer them the opportunity to help their residents with phones. I can imagine the costs these residents are paying. Myself and my partner are starting an MSP so I don’t think it’d be a huge step and this place is a non-profit so they’re keen to help people instead of making money… As for the phone company, they’re probably making a killing there because it’s literally the only option for the 400+ residents at this place…

Does Granny qualify for ‘lifeline’ service from the phone company, getting local calling for free or nearly free? If so, take a look at

Localphone have slashed the cost of international calling! Each contact gets their own local number - no contracts, no hidden charges, and no monthly fees!


Once set up, she calls a local number and it rings directly to her contact. (The system uses the combination of her caller ID and which access number was dialed to route the call.)
Cost to most of US48 is $0.005/min.; AK is $0.029. There are also monthly subscriptions with lower effective rates, though I don’t know whether they include AK. A five minute free trial is offered at signup.

For other options, how strong is the Wi-Fi in her room? 5 GHz available? Reliable? Have you tested it e.g. with a SIP app on your mobile when visiting her, to know whether the voice quality is decent? Does she want an amplified phone, one with old-school hearing aid compatibility, or one that can connect to hearing aids via Bluetooth?

How about a cell phone with big buttons and easy speed dials? E.g. https://jitterbugdirect.com

My opinion is that any DIY voip solution you come up with is going to be a headache!

I’ll check that out… hadn’t even heard of that but I’d be willing to bet she does qualify at this point… WiFi is pretty good in her room. Was just looking at doing a DDWRT router (I’ve got like 5 laying around here but hadn’t thought of it) and brideing it with the wifi to the router to the ata I already have… Added benefit being I can do a lot to reduce the annoyance calls from the telemarkets and scamers… We know everyone that should be calling her… on the Wifi I can’t remember if there was a captive portal but that’d complicate things a bit… The city actually has a wide area wifi but it’s $55 a month itself (wow… what was the point …) No need for hearing aids or anything just the big buttons…

Amazon echo would be a nogo… Wifi still being a problem and the way the rooms are setup she doesn’t exactly have a room mate, she has her own huge room but there is no sound barrier to the next room over and it’d probably drive that poor lady crazy with the conversations my grandmother has with her brothers and sister (6 of them… all over the country!.. see my problem)… on the cell phone, we’ve tried cell phones with here millions of times… got her every “granny approved” cell phone there was… What landed her there was a stroke, dimentia runs in the family and we’re seeing subtle hints of that too so remember numbers is never going to happen for her… She’s going to love the phone I got (which I neglected to explain I think) with huge buttons for speed dial that you can put pictures in… I agree that any DIY solution might be a headache but I’m that kind of geek that has to try… for now we got her a standard phone line with long distance for her brothers and sisters just to fill the gap if and until I can find a solution…

What are you paying for landline service now?
What would it cost for unlimited local calling but no other features?
The federal lifeline program offers only a $9.25 monthly discount, though that’s better than nothing; see


However, many states offer something much more generous. Call the carrier (Verizon?) and ask about lifeline service. In some cases, the free or nearly free option comes with limited minutes, so ask about that and whether an upgrade with sufficient minutes is available for reasonable cost.

If the Wi-Fi is weak (but not overloaded), you could use something like 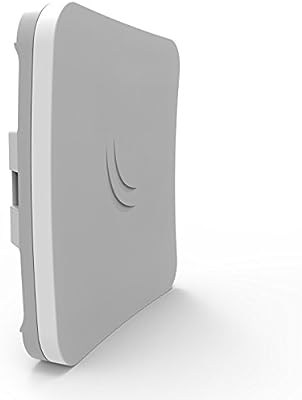 
for the bridge. It’s got a high gain antenna and is good about aggressively reestablishing the connection if it drops.

You might consider an IP desk phone instead of an ATA. I set up a cheap Yealink for a guy with Parkinson’s, using the BLF keys as speed dials. He couldn’t reliably hit a specific key, so we used very other one. To make a call, he would just press one button and the phone would disconnect automatically when the call ended. On incoming, it was set up to auto-answer on calls from his family members, so he didn’t have to touch anything and they could check up on him if he was unable to answer. When others called, the phone would ring normally and he could pick up the handset or press the speaker button to answer. If the handset was accidentally left out of the cradle, the phone would still accept incoming calls, either auto-answer or by ringing.

I’m in the same exact position as you, we just had to move my grandmother to an assisted living facility a month ago where the local phone provider wants $80 for a single phone line with no features…

If you do decide to re-visit the idea in the future, definitely try utilizing the WiFi. The signal in my grandmother’s room is actually quite faint, but I made use of a Ubiquiti LOCOM2 NanoStation as a WiFi bridge. So far the connection has been rock solid for the past month, and we haven’t had any downtime (aside from cleaning staff unplugging my ATA at one point and not plugging it back in).

For this setup, I also have a mini router from GL-Inet that runs OpenWRT and a wireguard VPN bridge back to my FreePBX server network to bypass the NAT of the nursing home. Again, super solid no issues. You can get away with just utilizing standard NAT and port forwarding as well if you don’t want to deal with this, but I had a router on hand so I figured I mine as well utilize it.

Lastly for your own future reference, if you did want to try LTE that is an option as well. I have phone service for another family member running off an LTE modem right now. I used the gl-inet mifi (I swear I don’t work for them, they just make great OpenWRT products lol!) to run the cellular connection. This allowed me to run wireguard on the modem and also have direct ethernet to the ATA from the cell network. I put it on a $5 a month LTE SIM from US Mobile (reseller of T-Mobile). Again never had any issues, has been running fine. You’ll probably need a VPN if you go the LTE route though since carrier-grade NAT butchers regular SIP pretty bad from what I’ve seen.