Call statistics module does exactly this. 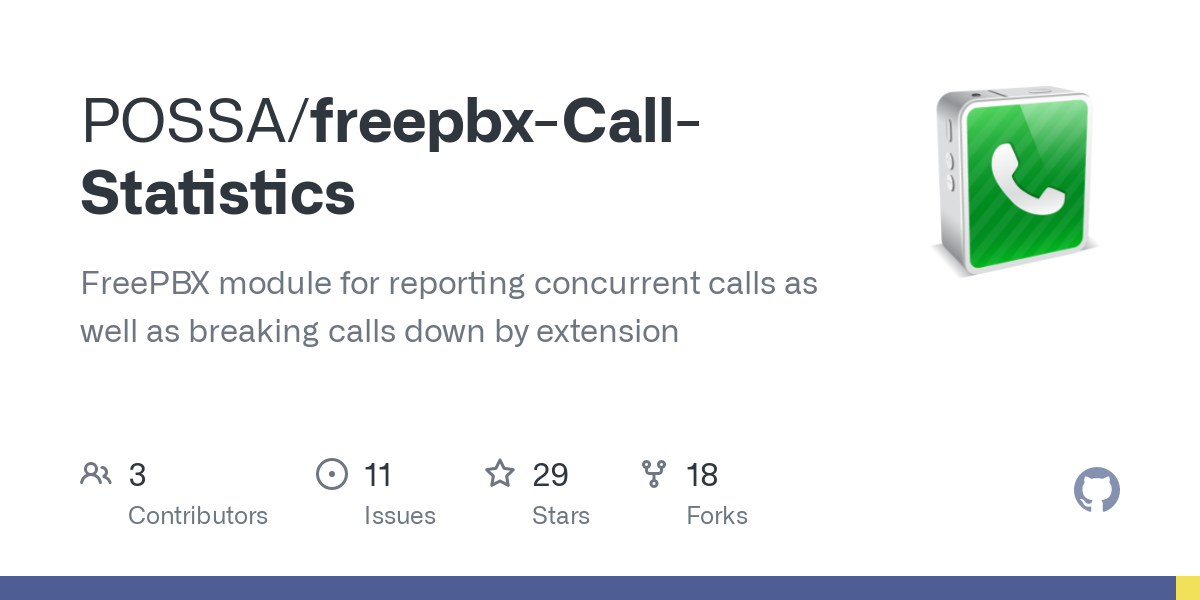 Very interesting module and thanks to whoever wrote this but it doesn’t seem to work for me.

For example I have two trunk groups: DAHDI/G1 & DAHDI/G2. The DAHDI/G1 group has 5 lines. The DAHDI/G2 group only has 4 lines. When I choose DAHDI from the dropdown, and put in “g2” in the “trunk number” field it reports that the Maximum Concurrent Calls is 6 for that trunk group.

I do not see how the maximum concurrent calls for this trunk group could go over 4 since there are only 4 lines? It also reports the same number of calls if I put in G1, or G2. Maybe I am missing something or it is simply not compatible with multiple trunk groups.

This is why we never included the module. The way it gets the info is wrong and has never worked right.

Is there a commercial module or something available for FreePBX for this? I see it as a pretty important feature that is missing from the reporting. Companies seem to often over-pay for phone lines without noticing that they aren’t using them. If I was a better programmer I would try and contribute, but I am not :).

Wrender, you are using the ‘number’ field incorrectly, it is not for the DAHDI group number, it is intended to accept a phone number to count concurrent calls from/to a specific DID. When you enter g0 in the number field and click update, you can see that the field contents are erased, but if you input a numeric value the contents stay.

Using this module, concurrent calls can be counted on all trunks system wide or by trunk type, but not by specific trunks and not by DAHDI group. When the module reports 6 concurrent calls, it is counting all DAHDI channels on the system.

Tony, I acknowledge the module is a bit rough, but it works as intended in the testing that I have done. It has been available for years with very few reports of issues. Certainly that is primarily due to low usage numbers, so I don’t doubt there are some edge cases with issues yet to be identified. Bug reports and feature requests should be posted to:

The original coder (github user boolah) is not very active but he does check in from time to time.

Ok. Thanks for the explanation lgaetz but I still don’t see how this makes any sense. I would have to argue that it really doesn’t work as expected.

How can you have concurrent calls to a specific DID? You can only have one voice path per DID. Therefor for any DID number you put into the number field you would expect it to only ever return “1”.

I believe that most people would think of the term “Concurrent Calls” meaning what is the maximum amount of trunk lines that were in use for a given time period.

We do not use SIP trunks. We use analog trunks. Dahdi. How would we determine the maximum simultaneous for this?

Feature requests should be posted to the issue tracker linked above.