I received a couple of Cisco 9951 phones and I am looking into getting these working with freepbx. I have the latest version of freepbx installed and the phones have the latest sip firmware. Do I need to apply a patch to asterisk in order to get these up and running? I’ve configured the xml per this guide here: http://usecallmanager.nz/sepmac-cnf-xml.html

The phones are stuck on the registering screen. 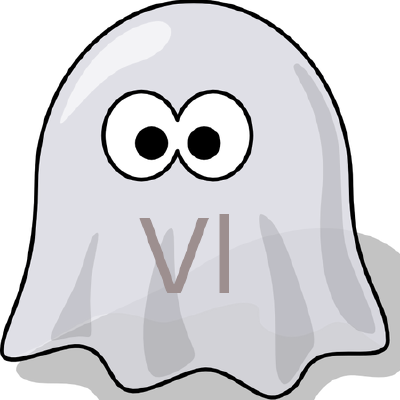 SCCP Manager. Contribute to PhantomVl/sccp_manager development by creating an account on GitHub.

So I already have the SCCP manager installed and I am using it with some 7975 phones. The firmware installed on the 9951 I have is SIP firmware. Do I need to change it to SCCP firmware?

Since they are SIP-only devices, no, it would definitely not be easier. I recommend removing this wrong answer as it is confusing.

For those phones that have SCCP available, it is usually the preferred load. The 78xx and 88xx phones are SIP-Only (more or less) and may or may not work with SCCP. Chan-SCCP-B, however, has been modified to work with some of these phones in a “CUCM-like” environment. Chan-SCCP-B does support some of the SIP-only phones, mostly for things where the “SIP” standard and the “SCCP” standard perform the same thing in slightly different ways. In general, the SIP-Only phones are best handled through other mechanisms.

The 79xx series phone are always best loaded with SCCP software. The hardware in some of these phones (the 7937 and 7914, for example) doesn’t even support a SIP load, and the ones that have a SIP load run a crippled-mode because there just isn’t enough horsepower in the hardware. Cisco isn’t in the market to support SIP - they are there to make money on selling their server solutions. SIP as a bridge to another provider isn’t in Cisco’s best interest, so counting on them to “do the right thing” is counter-intuitive.

The rest of the phones (the 9xxx series) run well under Chan-SCCP-B. It’s intended to be a bridge for many platforms, including Asterisk-based systems, so there isn’t a lot of drive to make it less inclusive. Adding it as a channel driver is simple enough if you follow the instructions I wrote for their Wiki - it doesn’t’ require patches and get the phones that it supports working very simply. Adding the FreePBX Manager is actually kind of overkill, since the driver can read the config file and populate the “real-time” database that Chan-SCCP-B uses. Once populated, the bulk of the work happens in the driver and database, making updates quick and relatively painless.

Thank you for your response. Hearing that I can use chan-sccp module makes me happy. I will check out your wiki. I would much rather use that to manage my 9951. So far I’ve been able to manual get it working but I’m running into issues. All of my phones are 7975’s and are working great! The issue I am trying to figure out is adding a SCCP line to the 9951. I have line 6000 set up as my incoming pots line. It if someone leaves a message, it does the typical notification and message light comes on. I am trying to add the same line to the 9951 so that it will ring and if a message if left, the light comes on. I’ve been able to set up a call group (which is ok…) but I’d rather have the line set up like they are on my 7975’s. Hopefully that makes sense.

I’ll report back if I have issues using your wiki.

Let me help you. Incoming calls are incoming calls, what happens to them is entirely up to you in your incoming route. So, if your incoming calls (which get answered by Asterisk) need to go to a phone, you need to send them to that extension in the inbound route. If the call needs to go to voicemail, Asterisk will send it there. If someone leaves a message in the line 6000 mailbox, any phone in the system (SCCP or SIP) can monitor that mailbox, since it’s almost entirely unrelated to either incoming calls or phones. In SCCP, you can set up your line appearances (the buttons down the side) to watch the hint, or you can use the BLF to watch it.

For the 9951 (since it’s probably running on SIP), the mailbox configuration for the BLF light in the handset will be set in the extension settings and passed to the phone.

Ok that makes sense. Thank you.

Reference you wiki on the 9951 phones, can you link me to the page? I am not finding it.

https://github.com/chan-sccp/chan-sccp/wiki/Setup-FreePBX is the one that comes up when I Googled “github chan-sccp-b freepbx wiki”.

That should be pretty close.