I just read about the VTech Eris Terminal SIP End points, in particular the VSP600, which looks nice for a home office environment but what about a big warehouse?

The range of the VTech base station will be too small. So what about a phone that is wireless, and preferably even smaller than the VSP600 - pocket sized, cell phone like. 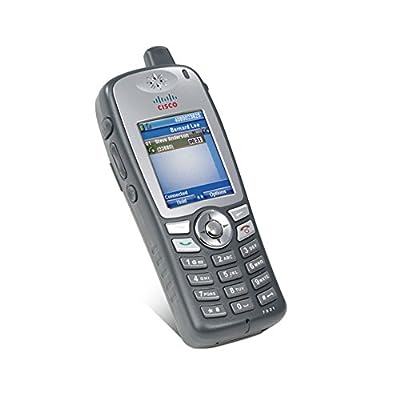 I think the obvious answer is put the app on the person’s cell phone, but its such a battery kill, even with TCP, and the ZoIPER IPhone app doesnt ring the phone the way a normal call would.

Try Ascom i62 or Yealink DECT W52P or Spectralink DECT

+1 for the Yealink W25P. It is basically a DECT phone with base station that does all the SIP stuff. So you get the advantages of range and battery usage.

… or you can use the phone your really want and implement SCCP - the chan-sccp-b software works very well and is proven to work in a FreePBX environment.

You’ll need to add a few packages to get it to compile, but once you get it installed and running, I think you’ll find it tolerable.

Forget about Yealink W52P,
They are about worthless unless you have one base station and one handset.

Another discovery is that they are extremely buggy if you register multiple handsets. I have tried one sip account shared amoung the handsets as well as a separate account for each handset and adding them to a ring group. essentially its a crapshoot as too which phones ring from 0 to all 4.

I have spent days with Yealink support testing firmware after firmware patch and its still broken. To the point I have purchased a couple other DECT solutions for testing.

I’m very happy with my w52p handsets, they “just work” with incredible audio quality. Have never had an issue with them…

Just to be clear, I like the W52P and have several in the field, BUT only use them for a single base / handset applications.

I have had nothing but trouble if I want more then one SIP account, handset, base station, or repeater.

If you use a repeater, you cut your simultaneous call capacity from 4 to 2.

In my opinion, this is crippled for a unit that has 5 SIP accounts and 5 handsets in the marketing slicks.