I am looking for some recommendations for a cost effective router / switch combo for a remote site. Currently there is a Cisco RV180 and a Netgear FS726TP installed. I have used the RV180 in the past - it didnt seem bad but slow and kind of a pain to work with. The netgear is a 24 port smart switch (does not have the auto voice setup option) and PoE.

I am just trying to get some feedback as to if that is a good setup of anyone have any good combos they have used. I do need PoE on the switch - would like 24 port.

And I have always used Aastra phones, but i thought I heard somewhere that they dont make the best remote phones. Any input would be helpful.

Hope everyone has a good holiday weekend.

Be careful, routers are layer 3, switches are generally layer 2. There are some good products that are both, as you say Cisco, Brocade FastIron and a few more , they all provide hardware that does that but beware of any extra licensing you might need to buy. Non of them are particularly cheap and FWIW, POE is usually cheaper delegated to a simple Layer 2 switch, just make sure they can supply all the amps needed for “lots of phones”

Unfortunately Aaastra died in effect but they work excellently and they ARE “cost effective” (never heard of such remote problems, they are just a competent SIP endpoint, turn off LLDP MDNS etc. on the remote phones unless you know what you are doing, it will slow their booting/reset significantly)

Given your experience I would brush up on your Cisco OS skills and get a faster Cisco before you discover that most everyone else is just copying them (often well, and usually cheaper. Caveate Emptor )

If you want a really competent router and you don’t have the “Mad Skillz” to be a Cisco wonk, Sonicwall is excellent and you can even pay them to set it up for you until you get up to speed on it - it’s a small charge for Setup and they actually do it right.

For anyone else that might stumble across this looking at Sonicwalls, there are two settings that make the Asterisk server behind it much happier:

the alternative to traffic shaping is bandwidth reservation. the cisco rv180, all the sonic walls and most of the cisco routers (including the newest meraki stuff) allow you to do bandwidth reservation and qos. the thing they don’t do is dynamically adjust the bandwidth like the edgemarc or adtran or others that are designed to handled converged (voice and data) networks. bandwidth reservation in simple terms - you set a cap on how much of the internet speed data traffic can use, allow voice to use 100% of the bandwidth and set voice to be the highest priority. just about every router out there allows you to set it up this way including the rv180. although it is not our preferred device we have (at customer insistence) used them and if setup properly work just fine. we have even used the cisco rv042 and rv082 (you need to find the hidden screen to modify udp timers though) . we have used a number of different sonic wall products as well as cisco asa’s and the newer meraki (cisco) stuff. Greg’s rules for a sonicwall are typically all that are needed (in addition to bandwidth reservations to make them work). Wwe have found that the edgemarc or adtran, because of their traffic shaping and voice aware capabilities allow more efficient use of the bandwidth.

as to aastra phones - they work perfectly as remote phones with asterisk/FreePBX.

the only other comment, a bit off topic, is that we are finding that more and more we have to use ftp to load the phones. tftp simply does not do the job, especially for remote phones. this is very simple to set up and makes the phone loading much more reliable.

We have used DD-WRT based ASUS RTN16 routers for over a year in small offices with no issues whatsoever.

Thanks for the input - we have used a variety of routers in the past but trying to settle on a more standardized approach for new installs.

I have used DD-WRT and sonicwall in the past.

@bksales We have been just doing bandwidth res on the routers- does the edgemarc or adtran traffic shaping work well?

@dicko
Are you just referring to the Mitel buyout of Aastra or more to your comment of them being dead effectively?

I have heard that most of the manufactures basically copy Cisco OS - I had a Cisco guy working for me for awhile, he recently left - guess I should bite the bullet and start learning some.

The unfortunate bit is that most of the Aastra support documentation for XML and other stuff has largely disappeared. Otherwise the older models maintain their legacy Nortel quality, look and feel. I can’t speak for the newer ones.

@dicko
ya I love my 39i
I have a customer with a couple of the new 6767 they seem to like em but thats the only ones Ive used of newer ones.

We also have about 10 of the Asus RT-N16’s scattered around South Carolina. They are extremely stable, and some have not had so much as a reboot in over a year. They are only about $80 or so.

For switches, the NetGear prosafe series have been reliable, and are also quite inexpensive. I recently installed two TP-Link 8-port, and they are working well also.

the traffic shaping on the edgemarc and adtran work very well.

btw, the statement that everyone copies cisco is only in the eye of the beholder. the mid range and high end cisco gear is very good, but you must be willing to learn the command line interface. their GUI just plain stinks.

I have never used the edgemark but have been eying it for quite sometime. The thing that has always held us back on them was the price and the fact that the 4550 series didn’t have gigabit Ethernet LAN ports. Frankly we have been really doing a lot of due diligence lately to try and find a few platforms that will become our primary router offerings to clients. In the past on very small offices we have used ASUS and they really do just work so I could definitely recommend them, but its not really where we want to be. We have also deployed a bunch of Cisco rv180’s and they too work and work well so again I would recommend them, but were looking for a bit more.

Currently were playing with Ubiquity edge routers and they seem to be pretty good but were looking to develop more measurement capabilities so we have quite a bit of testing and development ahead of us. IMHO I can say that out of the box the edgerouter lite seems to be pretty darn good especially at the price point. 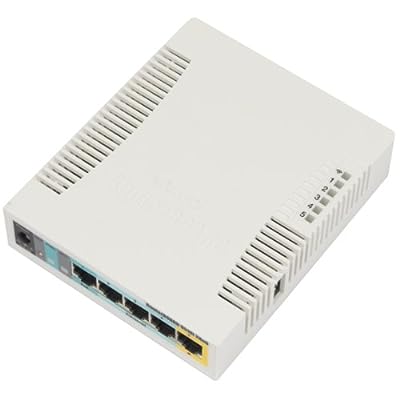 true they are a bit more expensive than the home router stuff and as to switch ports, unless you are moving huge quantities of data around the internal network, the switch port speed is not the bottleneck. until you get over the 100mb wan speed the switch ports are not the gating factor

Microtik has some solid software, a little tricky on the configuration but works like a charm.
The software has been around for a long time.

I would like to thank everyone for the input - I like some of you out there, am working on selecting a “standard” set of equipment.

Thanks again for all the pros and cons