I’m trying to install diaplan injection 0.1.1 onto FreePBX 2.11. In the module admin I click install | process then I get this error:

I confirmed the file permissions are all right. Can someone suggest how to fix this?

That module has never been supported by FreePBX and I dont think it has worked in 4-5 years.

Is there a recommended way to launch scripts (if I put into custom conf file)?

Working version of this module is available from here: 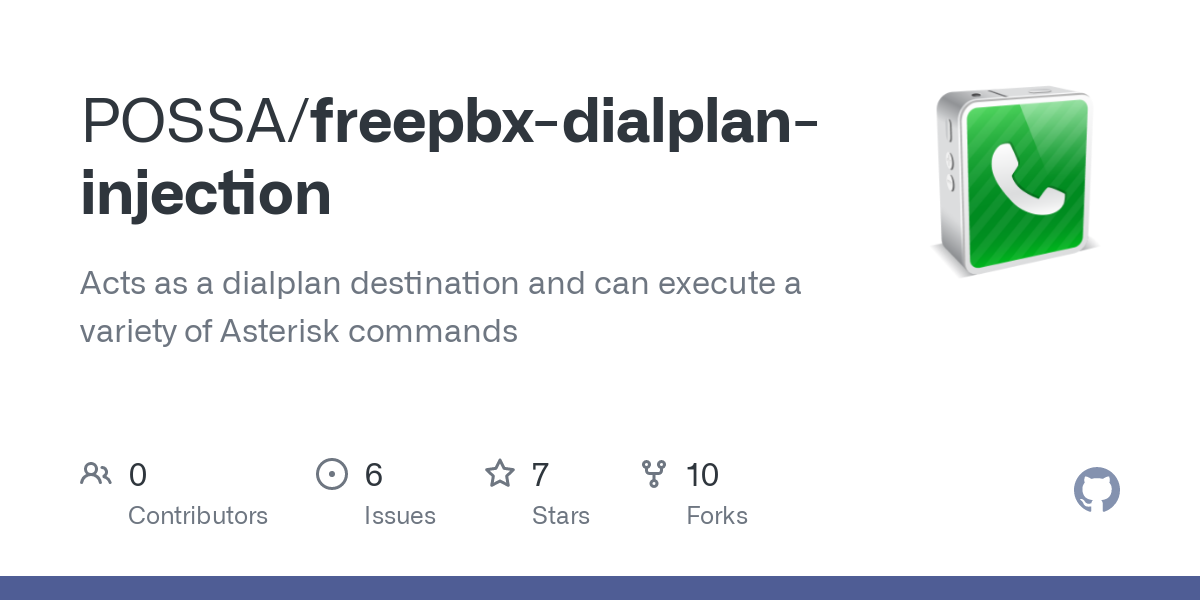 Works with FreePBX 2.11 and earlier. You will see the occasional error notice from FreePBX, but they are safe to ignore.

Awesome! SOmeone should update the Wiki (I would but don’t have permission)

I think I have write access, which page are you talking about?

Actually I’ll update the wiki - can someone tell me how to get permission?