I Have a Dream: Integrated UI

So how cool would this be??

What do you mean by “integrated”? Do you mean “ssh”?

Just integrated into System Status with a window that fits the 2-column layout. Yes, SSH would be perfect. Or, better yet, the ability to choose an app or browser link to go in the window.

Yeah, that would be handy.

What we want to do is build a ui so people Dont have to use the console. Then we will make console commands that do what that ui does, then we will drop that console in to the ui…

Sarcasm is the Devil’s tool…

Go out to your car, hook a bunch of servos up in the passenger compartment that manipulate the cars controls. Strap a lawn chair to the engine block and go drive around town. Would that be cool? probably. Does it make any sense? Not really. This is a phone system not a Rube Goldberg machine. If you want a Rube Goldberg machine that is the beauty of open source. You can go write it no matter how little sense it makes.

@wardmundy one could also add

But, you can easily install gateone, an embeddable html5 multi sessionn ssh client and more with all it’s security measures it is a Tornado server that could be relatively easily embedded into FreePBX or any other web page for those that like “One Stop shopping” or don’t have a readily available ssh client on their (name your html5 compliant device here)

So I agree with James and with you, a hook to embed any useful page much like the rss feeds would be nice but giving general access to anyone to do anything that

CLI>!whoami
could do could be a catastrophe.

I personally have edited the link for the top left frog logo in “advanced settings” > “Styling and logos” to reflect my estandalone server specifically:-

Link for Left Logo to https://yourgateoneserver:yourport 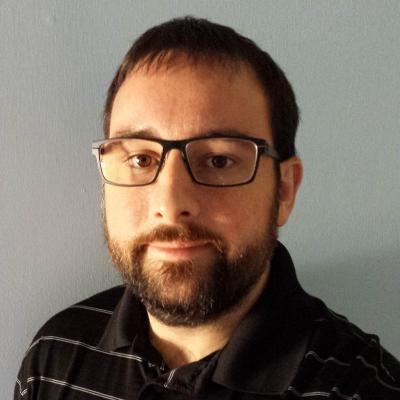 with a couple of rpm/apt-get installs it should be installed, a couple of commands/edits later (from the http://liftoffsoftware.com/Products/GateOne) and it will be running, it is as simple as that, I suggest you spend five minutes checking it out, if it is too much for you or scares you with it’s supercow powers then a couple of rpm/apt-get removes and it will be gone, no harm no foul. And of course that service can be run from any machine in your infrastructure if you are tentative about adding it to your FreePBX machine.

As a long term user of terminator, I find it to be an almost flawless and value added repacement

Believe it or not, I think we all agree. dicko’s embed hook was exactly what we had in mind. Never would have wanted an exposed SSH interface that didn’t require a separate login. The point simply was that Asterisk servers typically reside in a server room. One stop shopping via a single screen in a browser interface has some real advantages over separate apps to manage the FreePBX GUI and SSH access. This is especially true when you’re testing new setups or debugging.

To extend the driving metaphor, there is useful information and less so usually available from the drivers seat, speed , oil pressure and gas levels are useful, the song playing on your audio system less so. Many folks feel GPS is also useful, often this information is not available from any computer in the engine compartment. To append the state of your router’s status page (or whatever) to the FreePBX status page is much like the GPS you added to your driving experience and would be considered by many to be useful, perhaps even more so than your playlist (equate that with your RSS feeds). Most no longer use 1024x768 displays so the GUI could be better arranged and prioritized for both iphones and hdmi displays as appropriate. I argue for both the FreePBI in the server room and the ones on a Raspberry Pi under your stairs behind a Comcast “modem” (yuck for that term

@dicko an announcement will be out very shortly. One of the goals of 13 is a responsive and mobile friendly design. We had some discussion about a lot of administration happening on 7" screens. The 7" form factor seems to be super popular. Also the buttons in 13 will be touch screen friendly.

I am sure it will all work well on all the phablets too but 7± is a good number to cover most android tablets and iPads. Surface devices have a larger screen so they should be fine anyway.

While you’re still on the drawing board…

With 5.5 and 6 inch smartphones now readily available from Apple, Google, Samsung, LG, and others, you might want to consider shrinking your target by an inch or so. Many no longer have a need for a separate tablet.

The concept of responsive UI means it handles all sizes of screens. Nothing special for each size.

I moved 7 posts to a new topic: Changing logos, branding