It was said over and over that if you find a bug open a ticket and we fix it like we have always. We said over and over we don’t support D&U with Commercial Modules. It was also said we don’t test D&U mode when code changes happen in FreePBX but if something breaks open a bug report. Not sure how much more we could of clarified the same thing and I have had plenty of emails and PMs from lots of community users asking why this keeps being dragged out by 1 or 2 people not understanding a simple concept of unsupported from a commercial entity.

why this keeps being dragged out by 1 or 2 people

Perhaps the greatest ‘feature request’ here, for me would be : a howto, describing the recommended process of transition from CHAN_SIP+D&U to PJSIP+EXT ? And what happens at each step ? And how to avoid ‘common pitfalls’. Because this is where I’m finding the available documentation to be too sparse. Or I’m not looking in the right places. Or both.

Here are the knowledge gaps I would need filled:

Those who think I’m trolling, or somehow not being serious about the questions I’m asking, please pm me and say so directly.

Also please note I have exactly NO intention of battling against ‘the greater picture’ or whatever design decisions may be taken; I much rather would run a ‘recommended’/‘supported’ configuration in my case, since it’s by all means possible; (for the reason of e.g. having easier task migrating my current Distro based server to a FreePBX ready-made Sangoma appliance, if such decision is taken.)

Please read this: I think and I always thought, ever since i started with it, that FreePBX is AWESOME piece of software, that let me do things that I needed, and others that I (and some people I talked with) never thought possible.

[anecdote: not long ago, I was told by someone, in real life, face to face, that actually using, doing something useful, like registering a SIP PBX, with more than one SIP trunk providers, over Internet, meaning - taking incoming calls and/or outgoing call routing, is something that is not going to work with Asterisk yet - as in, nobody knows whether this can actually work, according to that person anyway. And they were someone who was supposed to know, what they are talking about… ]

Are the Yealink’s still supported for Login/Logout?

what happens if I tried switching to Asterisk 13, while still using D&U and chan_sip ?

given the above, should the recommended order be : - switch from D&U to Ext mode and reconfigure primary phones appropriately; - then switch Asterisk version to 13, - then migrate Extensions to PJSIP,

Asterisk 13 has no bearing on D&U mode.

Are the Yealink’s still supported for Login/Logout?

Asterisk 13 has no bearing on D&U mode.

Appreciating your responses Andrew, thanks.

Also appreciate the firm response that D&U ‘absolutely can not go away’ I found above too.

Alas not having a background in Asterisk or telephony world, I would also appreciate GREATLY if the explanations could be just a little bit more verbose

I’m not a dev, so maybe ‘debug’ level would be too much… but I’d appreciate ‘info’ rather than ‘notice’. thanks in advance to whoever cares to fill in.

I’m all out of patience here - you guys really need to do a bit of introspection and realise that you are NOT an open-source project any more. See that little green frog at the top of this page? That’s what we call in the business world a “commercial logo”… as in “product”, as in “for profit”, as in “not free”, as in “paid developers”, as in “stop treating customers with such open contempt”!

I love your product, I respect it (and its developers). I’m not after anything for myself – I have my own (Sangoma appliance) system set up and running nicely, thank you very much – I am trying to help, to contribute. In vain, it seems.

Well, here’s my position now – if any friends or business contacts ask me: Would you recommend a Sangoma box for my business?.. my reply will be: Not really – it does the job okay, but you have either to walk on egg shells in the forum or pay disproportionate amounts for commercial support.

you are NOT an open-source project any more.

See that little green frog at the top of this page? That’s what we call in the business world a “commercial logo”… 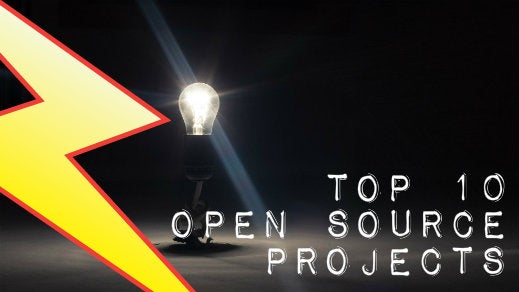 Every year we look back at 10 favorite open source projects for users from the past 12 months.


All have logos and trademarks, all open source

Yes we have many products. FreePBX is one of them that happens to be free as in beer and freedom.

Yes we have training, commercial modules, hardware and many not free products that pay for developers. There are also a number of unpaid community developers who work on the FreePBX project

I love your product, I respect it (and its developers). I’m not after anything for myself – I have my own (Sangoma appliance) system set up and running nicely, thank you very much

Sorry you are so upset and seem to be having a bad day and want to take it out on us. Thank you for your purchase of a Sangoma Appliance. This appliance is a great device to run Open Source FreePBX on and helps support all the great things we do for free for the whole world to enjoy and use.

Closing this thread. When asked for Feature Requests for User and Device mode we got more questioning into what the word “unsupported” means and a bunch of case studies. While it’s great to hear from you all and how you are using from FreePBX that was not the intent of this thread.

Up to this point the developers (we) have requested users to open Feature Requests or Bug reports about what they want in User and Device mode, since requesting this 4 weeks ago ZERO tickets have been created. Also NO documentation has been written.

Here are the facts:

Unfortunately this thread has turned into exactly what the other thread turned into, a finger pointing game and a debate about what the word “unsupported” means, because of this I am closing this thread. Perhaps we can have a civil conversation another way. These forums are just not going to work out.